Certain applications require antennas to conform to a specific shape or surface. Conforming an antenna to a certain shape affects its performance.  These effects are considered specifically for an L-probe fed microstrip antenna [1]. Here the conformal L-probe fed patch antenna is modeled in FEKO to compare the impedance match and radiation patterns for the conformal antenna to that of its planar equivalent.

The planar antenna is a square patch with an L-probe feed designed to operate at two frequencies, 1.0GHz and 1.4GHz. Conforming the patch to a spherical surface is done by projecting the planar patch onto a sphere with radius 120mm. The direction of projection is normal to the “target” surface, in this case the sphere. Projection onto a convex surface reduces the size of the projected shape, while projection onto a concave surface enlarges the size of the projected shape. To ensure that the sides of the patch remain the same after projection, the sphere onto which it is projected is positioned such that the patch “cuts” through the sphere. That is, one part of the patch projects onto the sphere from the inside and the other part from the outside. Figure 1 shows a section through the center of the patch and sphere onto which it is projected. The length “d” measures the distance from the patch center to the sphere center; “a” is the distance from the end of the patch to the center of the sphere and “w” is the length of the patch. Note that the patch is square and positioned such that its center is directly above the center of the sphere. Knowing the radius of the sphere and the required length of the curved patch (which is also “w”), the angle “α” and the distances “a” and “d” can be calculated. 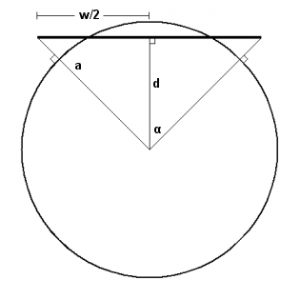 Figure 2 shows the FEKO model of the conformal antenna above a finite ground which is also spherically conformed. The section of the L-probe which is parallel to the patch is created as a circular arc and has the same length as for the planar antenna. 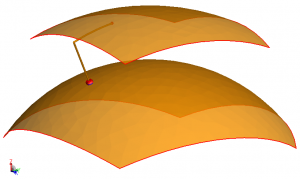 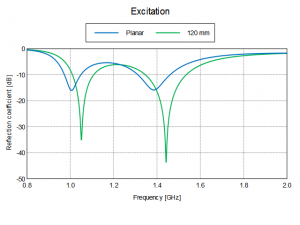 Finally the radiation patterns are calculated and shown in Figure 4. Figure 4a shows the gain pattern for phi = 0 and Figure 4b shows the gain pattern for phi = 90. The angle phi is measured in the xy-plane from the x-axis and the frequency at 1.4GHz is considered.  The maximum gain for both the planar and conformal antenna are about 7dB.  Side-lobe levels are somewhat higher for the conformal antenna. 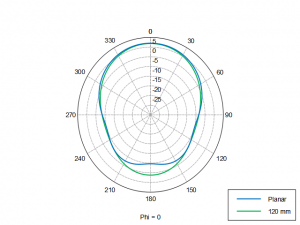 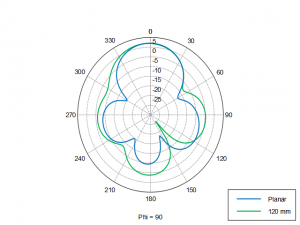