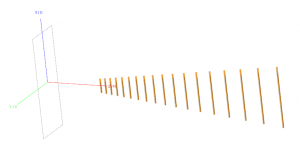 The input impedance of the LPDA across the operating frequency is shown in Figure 2a. While the resistive component oscillates near 70Ω, the reactive component remains close to zero. In Figure 2b the input reflection for a 75Ω system is shown. 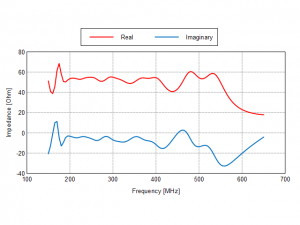 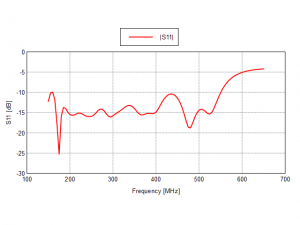 Radiation patterns for the LPDA at different frequencies is shown in Figure 3. The angle phi is measured in the xy-plane from the x-axis and the angle theta is measured from the z-axis. As expected the radiation pattern of the antenna is relatively stable across the 3:1 relative bandwidth. 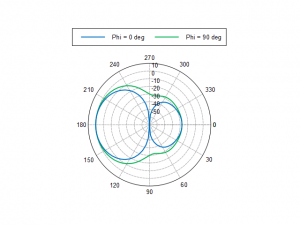 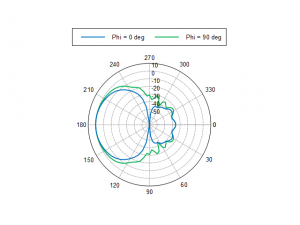 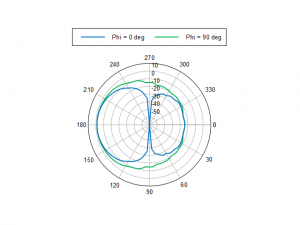