Read about how the UTD is used to analyse radar antenna placement on a frigate. 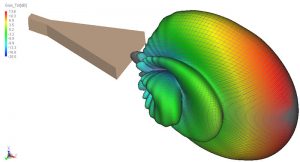 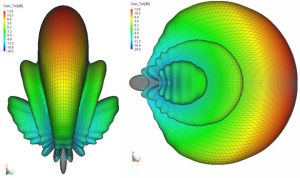 Antenna Placement on the Deck 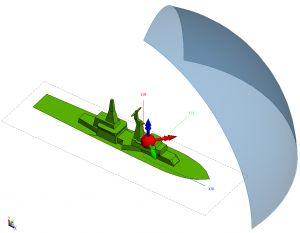 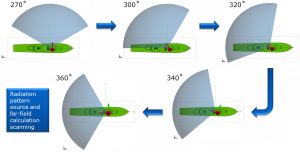 Azimuth scanning procedure for the radar pattern point source. The source orientation is shown, as well as the far field patterns evaluation sector, which is rotated with the source. 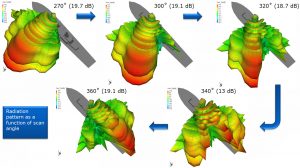 Far field pattern results of the azimuth scanning procedure. The peak gain value in each pattern is indicated in brackets.

More Detailed Analysis of the Pattern at 340° 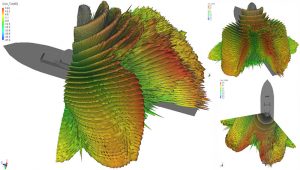 Finely sampled pattern at 340° scan angle. Height of the source is 50 cm above deck.

Effect of Lowered Position on Pattern 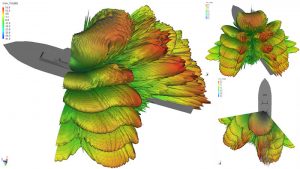 Finely sampled pattern at 340° scan angle. Height of the source is 10 cm above deck.