Bus travel continues to be one of the safest modes of transportation. Global bus engineering trends focus upon quality and durability in bus design, since the typical service life of a motorcoach often exceeds 20 years and may reach 3 million km., depending on the country. Still, safety and crashworthiness remain essential elements in bus design with opportunity for improvement.  Too many passengers are affected by accidents, which drive the industry to push for progress in bus safety features.  Cross-country motorcoaches and school buses have been the subjects of significant attention and regulatory action, particularly in relation to rollover events. 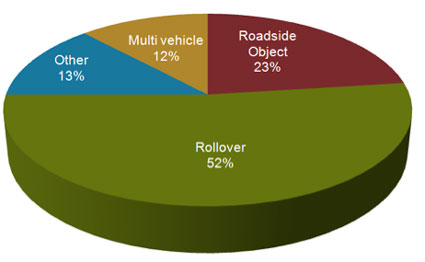 Lawmakers play a tremendous role in shaping the transportation industry of the future via policy, economic subsidies and infrastructure development.  These clearly influence customer options in deciding among private and public transportation options (car, subway, plane, bus, etc.).  Given this fact, it is perhaps surprising that bus safety requirements haven’t received a lot of attention, at least relative to automotive and aerospace. Statistical methods and the lack of consistent legal classifications among international countries also have slowed the development of global crashworthiness priorities.

This is changing, in part because of  Asia’s market share, where a significant portion of the population relies on bus transport as their sole means of transportation and an increased awareness that sub-standard manufacturing practices in emerging economies have resulted in tragic accidents and numerous fatalities.

There is a broad separation between active and passive safety equipment in the bus industry. Active safety has rapidly expanded by helping the driver avoid accidents entirely and tracking advances in passenger car technology. Familiar devices for cars, such as ESC (electronic stability control), and ABS (antilock braking system), are readily available in buses.  Specialty solutions like engine-fire suppression devices and on-board vehicle recording systems have been introduced. Passive safety for buses is limited mostly to the protection of the driver and rollover resistance requirements. Many different regulations work toward mitigating the impact of rollovers, which are considered the most devastating accidents.

UNECE Regulation No. 66 Rev 1 puts forth the most stringent regulations on rollovers that influence bus design worldwide. It requires bus superstructures to have sufficient strength to maintain residual space integrity during and after a rollover test. Residual space is a defined volume that must be preserved in the passenger, crew and driver compartment to promote survival. The tested vehicles may be considered valid for homologation as long as their basic features and superstructure behavior are identical; any missing parts must be replaced by equivalent masses.

In addition to physical testing of rollovers, the UNECE regulation has recognized computer simulation as an approved equivalent homologation testing of bus rollovers. Such simulations dramatically cut costs for manufacturers and enables faster exploration of alternative bus configurations prior to building physical prototypes. 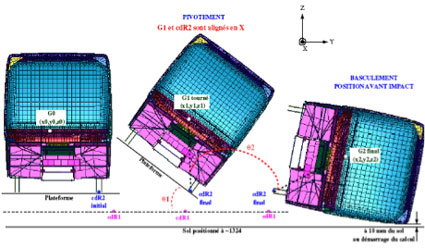 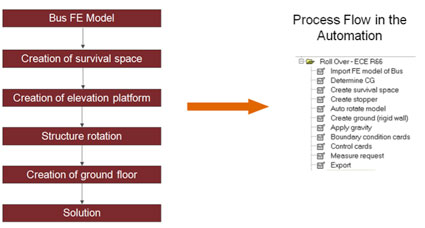 The UNECE R66 also lists additional methods for rollover homologation, including physical tests of individual body sections. Ashok Leyland described this process during its recent presentation at the Altair HTC. The company verifies partial structure/body sections with CAE, followed by a final physical validation. Once the baseline is validated, design improvements verified using RADIOSS provide the confidence to implement modifications to the bus structure without further testing. 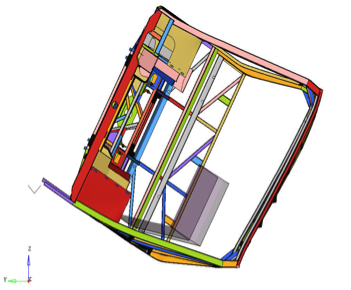 Major load carrying elements of the superstructure affected during a rollover

During a rollover four main injury mechanisms endanger the occupants:

The UNECE R66 is limited by its sole focus on reducing intrusion type injuries and is less effective in preventing projection and ejection type injuries during rollover. It also narrowly focuses on large single-deck buses, to the exclusion of small buses and double-deckers that, because of their higher center of gravity, are more likely to tilt. 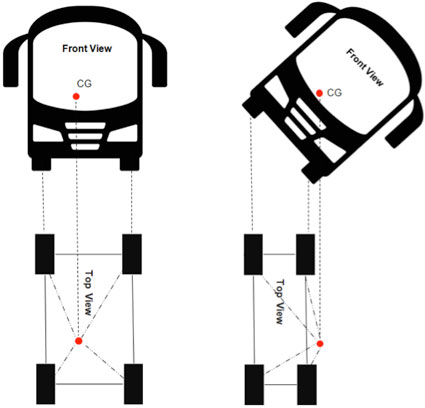 In bus procurement contracts, North America broadly employs the Standard Bus Procurement Guidelines (SBPG) of the American Public Transit Association (APTA). They mention a requirement relating to the load-bearing ability of the roof structure and provisions assessing the bus’s ease of reparability after impacts with cars. In North America the new FMVSS 216a standard for roof crash-resistance requirements will result in stronger roof structures and better rollover protection.

Safety protections during rollovers are not limited to superstructure.  Seatbelts, seat strength and anchorages play important roles. Seatbelt usage reduces the risk of partial or full ejection during a rollover and lowers fatal injuries by 77 percent (NTSHA).

According to UNECE R80, seat homologation requires testing seat strength and anchorage with mannequins  and evaluating the seat energy absorption resulting from the impact of unbelted passengers seated behind.

Regulators have not focused significantly on incremental, yet rigorous, safety requirements for buses as seen in automobiles. This has shaped the bus industry into an ecosystem of smaller players, with production still based on semi-manual manufacturing and assembly. Seeking better safety performance would change that focus, directing the industry toward more sophisticated designs, improving the inefficiencies of body-on- frame manufacturing and shifting more attention toward monocoque techniques that offer higher performance with benefits not limited to safety.

Optimize HVAC System for a Safer and More Comfortable Drive

The Challenge of Crashworthiness for Composites Cars