Salisbury screens are used to reduce back-scattering from flat perfect electrically conducting (PEC) plates. A resistive sheet having a resistivity close to that of free space (377 Ohm) is placed roughly one quarter of a wavelength in front of the conducting plate. Due to the spacing requirement, this is a narrow-band technique. In [1] the design parameters (resistivity and spacing) are optimized for minimum radar cross section.

Figure 1 shows the simulation model used to determine the RCS for the Salisbury screen and PEC plate. 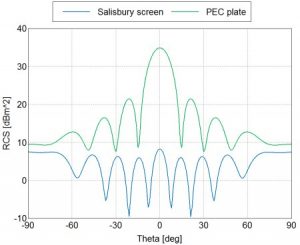 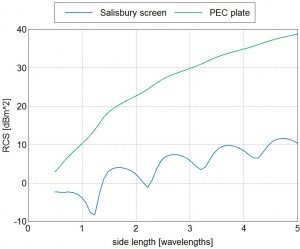 Learning Video: What’s New in MotionSolve 12.0
Scripts of the Month