As wireless communication increases in popularity the shielding of radiation sensitive devices / circuitry becomes more and more important.  A simple shielding technique is to place the radiation sensitive device in a metallic enclosure.  However, these enclosures often contain a number of apertures (e.g. for ventilation or cabling purposes).  The shielding effectiveness (SE, ratio of field strength with enclosure absent to field strength with enclosure present) of such enclosures have been investigated in literature [1], [2].  Here the SE of a rectangular enclosure containing a number of rectangular apertures is investigated.

Figure 1 shows the FEKO model of the enclosure containing a single aperture and the incident plane wave used to illuminate the structure (the blue arrow indicates the direction of propagation and the red arrow the polarization of the wave).  As the incident field is specified, the field strength with the enclosure absent is already known and only the field inside the enclosure needs to be computed. Magnetic symmetry in the yz-plane and electric symmetry in the xz-plane were exploited to reduce computation time and memory requirement.

Special care needs to be taken when simulations with high dynamic range need to be performed. The article “How to increase the ‘dynamic range’ of shielding problems in FEKO”, in the help center describes this topic in depth and it is recommended that this be read. 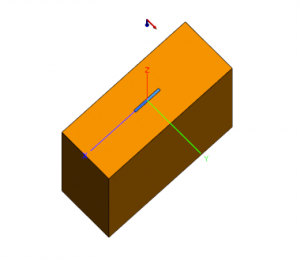 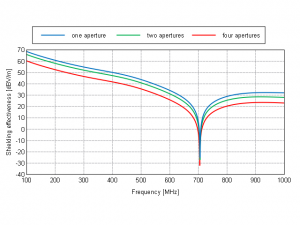 In Figure 3 the shielding effectiveness for an incident plane wave of different polarizations is shown (1000MHz).  The plane wave is normally incident and the angle of polarization measures the direction of the E-field from the x-axis in the xy-plane.  As the wave polarization varies from the E-field lying across the aperture length to lying along the aperture length, the shielding effectiveness is increased by more than 20dB. 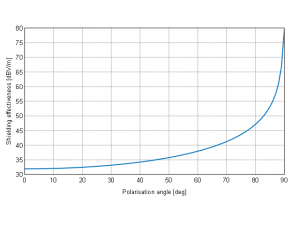 Finally the shielding effectiveness with variation in plane wave incident angle is shown in Figure 4 (1000MHz).  The angle phi is measured from the x-axis in the xy-plane.  Two polarization angles are compared in each case, pol = 0 corresponding to the incident E-field lying along the aperture length and pol = 90 corresponding to the incident E-field lying across the aperture length.  The difference in SE for the different polarizations are in agreement with the results shown in Figure 3. 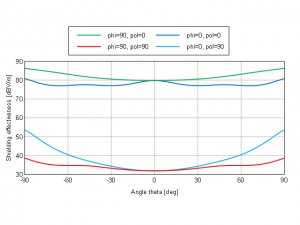 Getting the 3D Mesh of your CAD Model Ready for Electromagnetic Simulation, in an Efficient Way
Tips & Tricks: October 2016