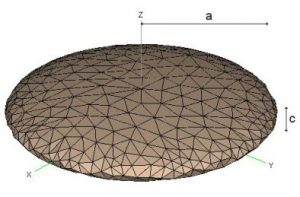 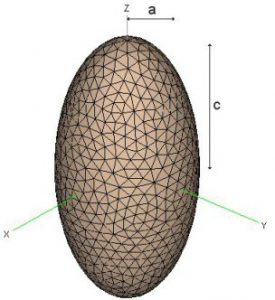 When computing the bistatic RCS an incident plane wave approaches the object along the z-axis. For all axial ratios the length a is kept at a constant value such that k0a = 3, where k0 is the wavenumber in free space. Figure 2 shows the RCS computed for PEC spheroids of different axial ratios. 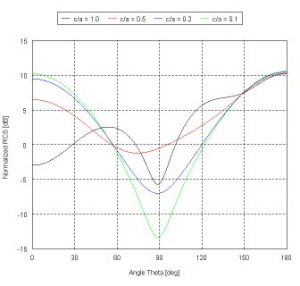 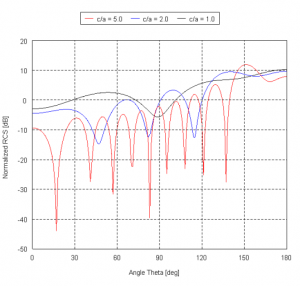 With the axial ratio held constant at 1.0 (i.e. perfect spheres) the material properties are varied and the RCS shown in Figure 3. Notice that the RCS for each material is normalized to the area πa2 for direct comparison as the RCS at different frequencies are also compared in the case of fiberglass. As before a is chosen such that k0a = 3. The material properties used are shown in Table 1. 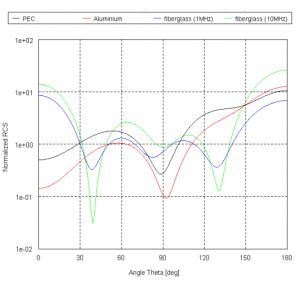