Plates and screws are common orthopedic devices used to stabilize fractured bones. When this hardware is removed, holes remain where the screws were located creating stress concentrations that can result in re-fracture. 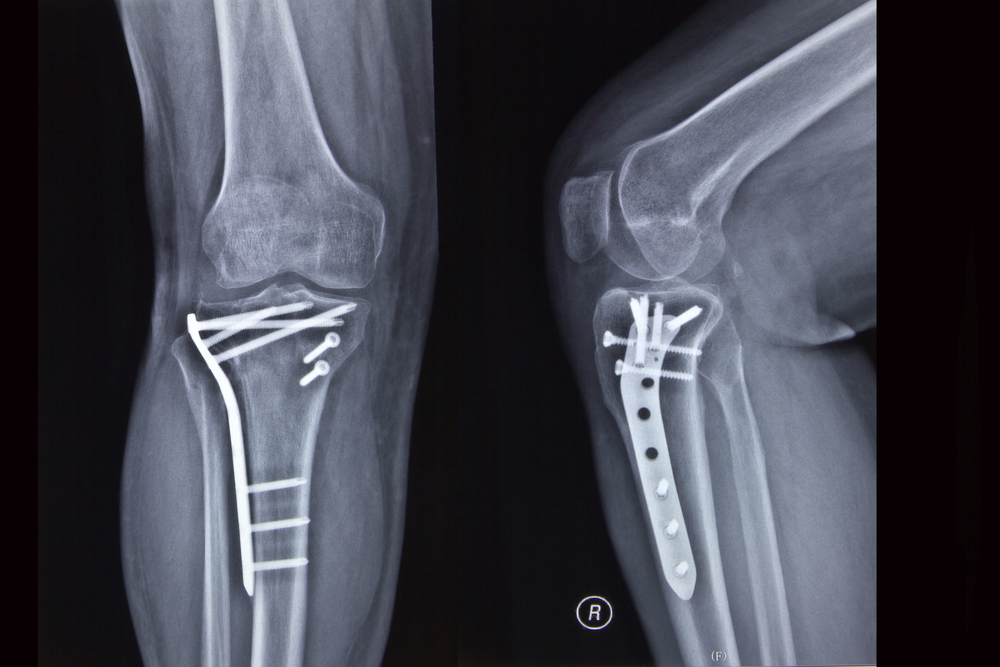 This article is based upon a study conducted by Kimberly Reuters from the Center of Innovation for Biomaterials in Orthopaedic Research, National Institute for Aviation Research and others on using a FE model to simulate experimental research evaluating the torsional fracture strength of an analogue tibia with screw holes. Seven configurations of the FE model were analyzed, and the FE results were compared against the experimental data and between the different FE configurations. The objectives of the study were: To develop a FE model to simulate an ultimate torsional test of the analogue tibia with three screw holes; To investigate how long bone torsional fracture is affected by holes and rotation direction; and investigate how the FE results are affected by changes to the failure model, element size, and simplification of the model’s geometry.

Methodology
The methodology used in this study is shown in Figure 1. A FE model is developed using the geometry of a human tibia, and the boundary conditions and loads applied are based on the interpretation of an experiment. The computational results are compared with those from the experimental torsion tests on the analogue tibia to validate the model, and then a parametric study is conducted on the model to study the effect of several parameters, including the existence of the screw holes, fracture limit, element size, rotational direction, and the simplification of the model geometry. 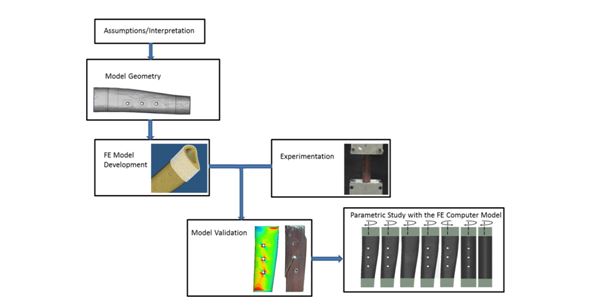 Overview of Experimental Tests and Interpretation into a FE Model
Experimental torsion testing of the analogue tibiae with screw holes was performed at the Orthopaedic Research Institute in Wichita, KS (Figure 2.) 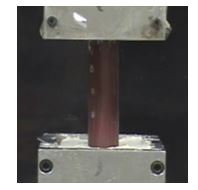 To simulate the laboratory model, simplifications, such as omitting the cancellous (soft) bone and small features like screw threads, are made to reduce the complexity of the computational analysis.

Configurations for Simulation
Seven configurations of the FE model are used to examine the impact of the fracture limitation, screw holes, element size, rotation direction, and simplification of the model’s geometry. The configurations are listed in Table 1 and illustrated in Figure 3. 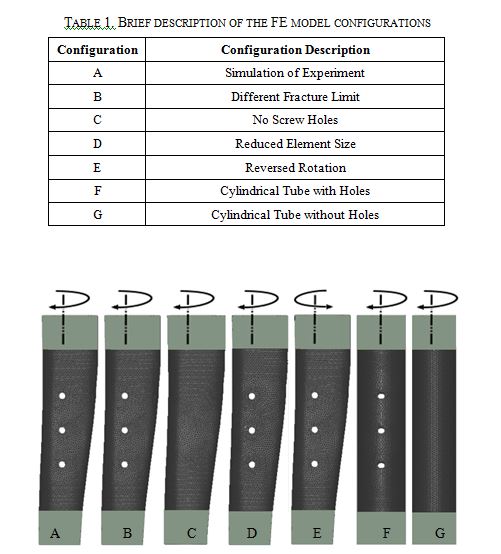 Model Geometry Definition
Like the experimental specimen, the FE model is a 120 mm long section from the distal portion of an analogue tibia with three equally spaced holes, which pass through both cortical walls. The FE model was generated from the manufacturer provided surface geometry of the analogue tibia. The test section relative to the whole tibia is shown in Figure 4. The vacant screw holes (3.75 mm in diameter) were positioned as shown in Figure 5.

Figure 4. Section planes and the tibia. The length of tibia between the planes is utilized. 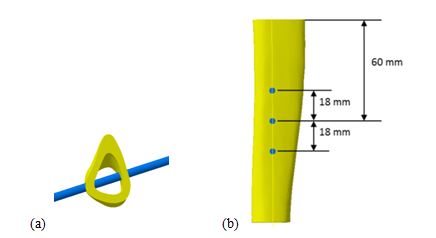 Figure 5. Position of the screw holes. (a) Proximal end (b) Medial surface

All of the configurations were meshed in HyperMesh with solid four node tetrahedral elements (TETRA4).
The mesh quality of each model configuration was reviewed and found to be acceptable in terms of warpage, aspect ratio, skew, tetra collapse, minimum length, Jacobian ratio, volumetric skew, volume aspect ratio, and tria minimum and maximum interior angles.

Figure 7. Nodes subjected to loading, velocity, and/or constraints. (a) Nodes on proximal end (b) Nodes on distal end

Finite Element Modeling Results
The fracture torque, angle of rotation at fracture, and torsional stiffness of each configuration are summarized in Table 5. Torsional stiffness is determined from the slope of the torque versus angle curve. 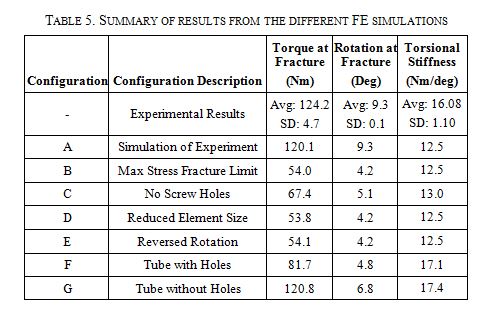 A finite element computer model of an analogue tibia was successfully developed to simulate a torsional fracture test and predicted a fracture torque within the standard deviation of the experimental results. The verified model was used for parametric studies to investigate the effects of screw holes, rotation direction, failure model, element size, and simplification of the model’s geometry. The FE model predicted a fracture strength reduction due to holes that agrees with previous testing, and changing the rotation direction shifted areas of high stress but did not affect the fracture torque. Changing the failure model from an angle of twist limitation to maximum stress resulted in a 55% lower fracture torque. Reducing the element size did not affect the results, indicating that the utilized element size was appropriate. Simplifying the geometry of the model to a cylindrical tube resulted in a higher fracture torque and torsional stiffness, and the tube model predicted a lower reduction in strength due to holes than the tibia model.

Overall the FE model is shown to be a useful tool for simulating a long bone torsional fracture test. For further advancement of the model, material properties representing human bone should be incorporated, and results should be compared to those obtained with cadaver specimens.

Trends in Structural Analysis: FEA, Composites, HPC, and Beyond

Delete all the optimisation entries with one click
Tips & Tricks: Plot Styles