Communications technology is constantly aiming to achieve higher signal-to-noise ratios (SNRs) and especially for portable devices a compact design is required. MIMO systems are one way to improve SNR but may require two or more antennas in a single device. In [1] a two-port y-patch is used to achieve dual antenna diversity in a single compact unit. Here a y-patch antenna is modeled in FEKO to determine the isolation between the two ports and radiation patterns of the antenna.

Figure 1 shows the FEKO model of the antenna which consists of a single y-shaped patch with two feed probes. The geometry is symmetric about the y-axis and the probes are attached at equal lengths along the patch. Capacitive loading is used to reduce the inductive impedance of the probes and the structure is mounted on a finite ground plate. 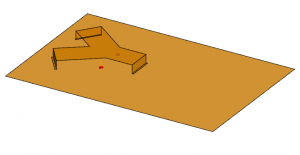 Figure 2 shows the surface current distribution at 1800MHz with port 1 active and port 2 terminated in a 50Ω load. 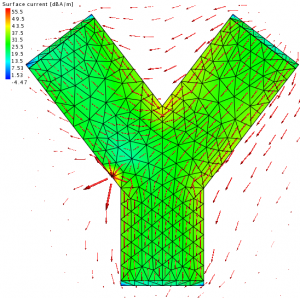 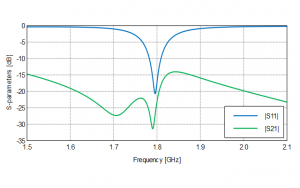 Finally the radiation pattern is calculated with port 1 active and port 2 terminated in a 50Ω load. Figure 4 shows the gain patterns at 1800MHz. The angle phi is measured in the xy-plane from the x-axis. 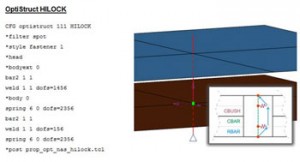 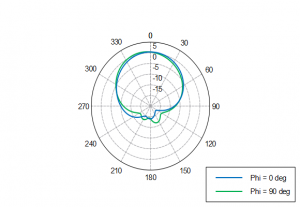